Best Ayurvedic packages for He..

Get the best Ayurvedic Monsoon treatment and stay ...

Get into the fitness regime wi..

Karkidakam is the last Malayalam month which falls during July or August and also is the peak of the Monsoon season which as per Ayurveda heightens the doshas and hence leads to many illnesses and health issues. Karkidaka is considered to be a challenging month when it comes to physical, mental and spiritual health. As the human body becomes more prone to diseases it is important to follow health precautions in the rainy season.  We can also find out the best anti ageing treatment in Ayurveda.

What is Karkidaka Chikitsa?

Karkidaka Chikitsa is a traditional Ayurveda practice which helps in healing the entire well-being at all physical, mental as well as spiritual level. During Monsoons, the pores of the human body are open which makes it more receptive to Ayurvedic treatments. The Monsoon Ayurvedic treatment consists of numerous therapies which help to keep the mind and body energized and recharged throughout the year. Karkidaka Chikitsa helps in:

Karkidaka Chikitsa also known as Rithu Charya treatment focuses on detoxification, rejuvenation as well as beautification of the mind and body. It is. The major therapies followed in this month are:

Snehapana and Abhyangam are Oil massages performed using hot medicated oils to give strength and rejuvenate the body.

Detoxification of the body is done through this treatment. It includes five techniques Purvakarma (oil massage and sweating), Vamana (vomiting therapy), Virechana, Nasya (medicated drops poured through the nose) and Basti (medicated decoctions administered through the rectum). Though as per the age, mental, physical conditions and some other factors one or two procedures may be omitted.

Karkidaka Kanji is a special Ayurvedic food used for Karkidaka Chikitsa. It is basically rice porridge with medicated herbs added to it. This porridge is made of Njavara rice which is boiled with ingredients like Cumin Seed, Malli, Vizalari, Fenugreek, Karkokilari, Aniseed, Mustard Seed, Ayamodakom, Aashali, Dry Ginger, Putharichundaveru, Nutmeg, Varattumanjal, Grambu, etc. After cooking coconut milk is added to it and it is also sauteed with ghee and onions. This medicated porridge helps in revitalizing the body and prevents the assault of many diseases.

Generally given to people who are healthy to prevent the attack of diseases and illnesses. Medicated oil massages and special Kanji (rice porridge) are also part of Sukha Chikitsa.

Most of the people are aware of Monsoon season diseases and precautions and are prepared beforehand by taking preventive steps like Karkidaka Chikitsa.  So far we’ve read about Karkidaka Chikitsa in detail. Now the question arises. Where can we get the best Karkidaka Chikista? Also the top anti ageing treatment in Ayurveda. We have a one-stop solution for all these questions. It’s She Ayurveda. Being the No.1 Ayurvedic centre offering anti ageing treatment in Ayurveda, we stand unique among the rest of the Ayurvedic centres.

She Ayurveda prepares you to revitalize your health with Karkidaka Chikitsa. So Happy Monsoons to you! Get away from Lifestyle disorders with She Ayurveda Say goodbye to Dandruff with She Ayurveda Ayurveda, ‘the science of life’ dates back to 5000 years and is the ancient science that enhances longevity. The philosophy of Ayurveda lies in a series of concepts that are characterized by health and diseases, balance and disorder. 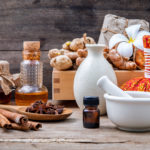 All about postnatal care treatment – She Ayurveda 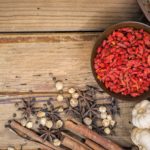 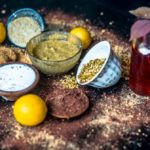 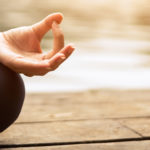 Bring in more balance and harmony in your life! GIVE YOURSELF A MOMENT OF RELAXATION. All about postnatal care treatment – She Ayurveda

Bring in more balance and harmony in your life!